The National Fibromyalgia Association terms fibromyalgia as a chronic disorder that produces pain throughout the body’s muscles and soft tissues. It does not, however, harm muscular tissue or internal organs. Instead, it can cause pain around your neck, shoulders, back, chest, hips, buttocks, and legs. Morning and evening discomfort may be more severe. 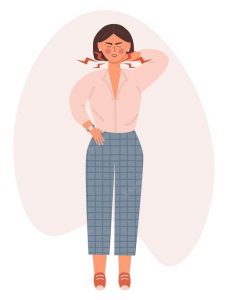 Fibromyalgia is a chronic illness that must be addressed daily, according to mayo clinic proceedings. Surgeries, post-traumatic stress disorder, or accidents might exacerbate fibromyalgia symptoms. Flare-ups can also be induced by a lack of sleep or performing too much or too little activity.

Fibromyalgia is a serious pain disorder that fluctuates in intensity from person to person. It’s been called “pain amplification syndrome,” meaning that people with the disorder perceive pain signals differently than those who don’t.

Fibromyalgia may strike anybody at any age, even children. However, most patients are diagnosed in their forties, and you are more likely to get fibromyalgia as you age. In addition, you are more prone to develop fibromyalgia if you have lupus or rheumatoid arthritis (RA).

Fibromyalgia has no recognized cure. However, most individuals see changes when they take efforts to reduce stress, sleep better, exercise more, and eat healthier.

The risk of not treating fibromyalgia is that symptoms such as chronic pain, exhaustion, headaches, and depression can worsen with time. In addition, fibromyalgia significantly influences mental health, and anxiety and mood problems can increase if not treated.

Fibro fog is frequently used to describe the brain-related issues associated with fibromyalgia. Scientists do not yet completely understand its causes and consequences, although addressing sleeping disorders, depression, exhaustion, and chronic pain alleviates symptoms.

There is no generally acknowledged medical test that can be used to diagnose fibromyalgia. Instead, diagnostic tests are undertaken to see whether another illness is causing the symptoms.

Urine tests, blood tests, X-rays, and other scans may be used to screen for some of these disorders. However, if you are diagnosed with another ailment, you may still have fibromyalgia.

Certain criteria must normally be satisfied to diagnose fibromyalgia. You either experience severe pain in three to six distinct locations of your body, or you have minor discomfort in seven or more. For at least three months, your symptoms have remained steady.

What causes fibromyalgia to flare up?

Stressful situations, surgeries, or accidents might exacerbate fibromyalgia symptoms. Flare-ups can also be induced by a lack of sleep or performing too much or too little activity.

If you have fibromyalgia, your central nervous system may transmit “itch” impulses to your skin’s nerves. This might cause your skin to become oversensitive, resulting in itching. While this has not been confirmed with fibromyalgia, it is associated with musculoskeletal and skin diseases.

What are the 10 causes of fibromyalgia? 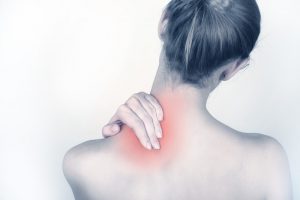 People with fibromyalgia may experience regular or worsening or more frequent symptoms daily. Some flare-up triggers such as weather changes. However, everyone has some control over many common triggers through lifestyle adjustments.

Identifying problem areas and making the necessary changes is not easy, but simple changes may be needed to make a big difference in everyday well-being.

It’s better to be prepared for a fibromyalgia flare-up. While the following coping tactics may not eliminate pain, they may make it easier to manage.

– Sleeping and getting more of it is very vital. The lack of it can make fibromyalgia worsen. Therefore, getting eight hours of sleep or more must be a major focus.

To reset your body’s sleep cycle, try to go to bed and wake up simultaneously every day. If feasible, incorporate a brief sleep (even ten minutes may make a great impact) into your day. One word of caution: don’t nap so much during the day that you can’t sleep at night. 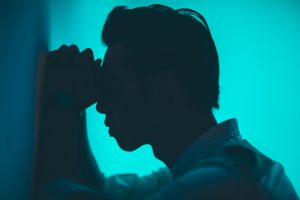 – Distracting yourself with deep breathing, meditation, self-hypnosis, or good books and soothing music can help relieve pain and deal with flare-ups.

– Don’t overdo yourself, request assistance from others, extend deadlines whenever feasible – give yourself some slack, and prioritize your flare. When your fibromyalgia flares up, do everything you can to keep your stress level at a “low.”

– Talking about cutting yourself some slack, a strong but courteous refusal, without giving reasons or excuses, places you in control of your schedule and allows you to say “yes” to what your body requires.

– It can be isolating when battling a chronic illness. As such, it can lead to anxiety, depression, or any other illnesses. Therefore, to tackle this, it is advisable to reach out to others for support as they can likely encourage you when the pain levels rise. Sometimes you can talk with people about how you feel. Doing so with people who understand can take the intensity out of a fibromyalgia flare.

The usual first signs of fibromyalgia are a pain. In certain parts of your body, such as your neck and back, you might feel the pain spreading throughout your entire body.

Fibromyalgia patients may also experience other symptoms, which include;

– Fatigue ranging from moderate to severe, generally, like you are all out of energy.

– Your sleeping routine becomes greatly interrupted as you wake up feeling unrested.

– Stiffness of the joints.

– Hand and foot tingling, numbness, or a burning or prickling feeling

Low-impact aerobic exercise is one of the most effective fibromyalgia therapies. Although exercise may initially aggravate pain sensations, it may eventually assist in avoiding discomfort.

Taking a walk, biking, being involved in water aerobics, and swimming are all suggested activities for those with fibromyalgia.

Also, it is worth knowing that heat, particularly moist heat, may alleviate fibromyalgia pain and stiffness by pumping blood to the affected areas. For example, apply a warm, damp washcloth to the hurting region, or soak in a bath or shower.

Is fibromyalgia a stage?

What is the newest treatment for fibromyalgia?

CBD oil has been used to soothe chronic pain symptoms and decrease inflammation. It is marketed as an alternative to consuming addictive opioid medicines. However, CBD has not been authorized by the Food and Drug Administration (FDA), or the centers for disease control as a therapy option for fibromyalgia or most other disorders.

Although large-scale studies are still needed to validate their efficacy, the most current FDA-approved fibromyalgia therapies are Quell and milnacipran. Quell is an over-the-counter transcutaneous electrical nerve stimulator used to relieve pain.

Milnacipran, belonging to the same class of antidepressants, is a serotonin and norepinephrine reuptake inhibitor (SNRI) that has demonstrated encouraging outcomes in fibromyalgia pain alleviation and physical performance. However, milnacipran’s precise mechanism of action in treating fibromyalgia remains unknown.

Two small prospective pilot trials have previously suggested that low-dose naltrexone medication may be an effective, safe, and low-cost treatment for fibromyalgia.