FREE SHIPPING On All Orders

What is Vaginal Candida? 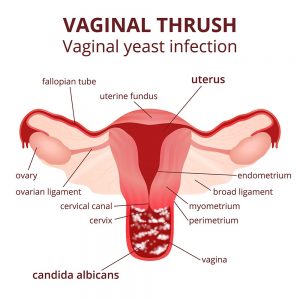 Vaginal Candida is a very common disease of the genital area, caused by a fungus called Candida albicans. This fungus can affect both sexes, but it is 10 times more common in women.

Yeast Candida infection, a frequent mycosis, is caused by various species of Candida, which, in conditions of immunodeficiency, can become invasive with organic localizations. Candida Albicans infections occur in women due to a female hormone, known as progesterone. Progesterone increases the amount of glycogen in the vaginal mucosa, causing the occurrence of yeast Candida infections. The level of progesterone increases considerably during pregnancy.

It is estimated that 75% of women had, at least once in their life, an episode of vaginal Candida with 40-50% of them having two or even more episodes. It is very important to know that Candida vaginitis is not a sexual disease, although it can be transmitted sexually.

Candida Albicans vaginitis causes involve multiple factors, such as the prolonged use of antibiotics, changes occurred during pregnancy, menstruation, and menopause or after a treatment with hormonal drugs – including contraceptives. It must be reminded that immune system deficiency and diabetes can cause vaginal Candida.

Vaginal Candida can have no symptoms or the symptoms may vary from woman to woman, as they depend on the type of infection. It can also be a sign of Candida proliferating within the intestinal environment creating problems with digestion and a huge list of symptoms stemming from this yeast.

One of the most common symptoms consists in changes of the smell, color and consistency of vaginal secretions.

How to Treat Vaginal Candida

Often, vaginal Candida is not easy to treat. Some women have frequent relapses and others do not respond to treatment. In these cases, the treatment can last for months. The treatment prescribed by the gynecologist must be followed thoroughly, even if the symptoms disappear. Enzyme therapy and the use of probiotics has been shown to make vaginal candida treatment much more effective. Restore 3 is a blend of enzymes and probiotics used to make Candida vulnerable to dying off. 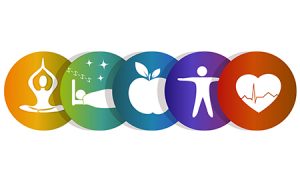 Regaining the stability of vaginal flora can be a long process and even if you feel better, Candida overgrowth may still be present and recur. In general, Candida Albicans vaginitis is treated with ovules that contain antibiotics. However, the best treatment for long term overgrowth is by natural means including changing your diet and lifestyle habits and avoiding foods that feed Candida. The protocol including a Candida diet found here: Restore 3 is an easy to follow guide for making these diet and lifestyle changes.

Eat as much yogurt as possible, because it contains a bacterium called Lactobacillus acidophilus, which increases the number of “good” bacteria in the body, fighting against vaginal Candida. Yogurt can be also used locally, applied to inflamed areas, because of the friendly bacteria yogurt contains.

However, choose a yogurt that hasn’t been pasteurized because this generally kills most of the beneficial bacteria in the yogurt, which is the most important ingredient when applying yogurt topically. If conditions are chronic, however, it is recommended to take these “good” bacteria in concentrated form via supplements.

In the first stages of Candida, it’s recommended to have vaginal showers with bicarbonate; also, drinking specific teas (marigold tea) reduces the sensation of itching and burning. Also, avoid wearing lingerie made of synthetic fibers.

Use a lubricant during intercourse, if the vagina is dry. To prevent the occurrence of yeast Candida infections, apply calendula ointment regularly. Ask your doctor before using cosmetic products for vaginal hygiene. Don’t try drastic diets that might affect the immune system, making the body become more vulnerable to infections. When you follow a treatment with antibiotics, use a method of protection for vaginal flora and be sure to resupply your body with beneficial bacteria called acidophilus, which you can find in yogurt or via supplements found at a natural food or vitamin shop.