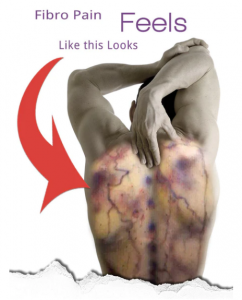 According to the National Institute of Arthritis and Musculoskeletal and skin diseases, Fibromyalgia syndrome is a “chronic (long-lasting) disorder that causes chronic pain and tenderness throughout the body, as well as fatigue and trouble sleeping”.

It is widely believed that fibromyalgia patients experience pain due to an alteration in the way their brain and spinal cord process painful and non-painful signals.

Fibromyalgia is not very popular in the medical community, but it is starting to gain more recognition thanks to organizations like the National Institute of Arthritis and Musculoskeletal and skin diseases (NIAMS), the Arthritis Foundation, and many others.

There is no exact cure for fibromyalgia, but healthcare professionals combine various methods as forms of treating fibromyalgia.

Fibromyalgia can be triggered by factors like physical or emotional trauma, genetics, illnesses, etc.

People with fibromyalgia tend to experience a wide range of symptoms that can often be similar to that of other medical conditions and that makes it a bit difficult to diagnose Fibromyalgia.

Here are some of the most common fibromyalgia symptoms that patients experience:

Irritable bowel syndrome is a very common symptom in Fibromyalgia patients. It’s a digestive disorder that causes belly pain, bloating and some other conditions. Acid reflux is one of the other disorders that come with Fibromyalgia.

Almost everyone with fibromyalgia experiences widespread pain. The pain can be sharp, light, deep, or aching. Patients can also have tender points (also known as trigger points) that can be very painful anytime pressure is applied there.

Fibro fog can cause Fibromyalgia patients to easily lose concentration. They tend to forget things and lose focus easily.

Restless legs syndrome affects the feet and legs starting from the knees. It usually intensifies during the night and it can deprive sleep.

People with fibromyalgia generally have trouble with sleep. And when they do manage to sleep, they usually find it hard to go into a deep sleep and are woken by even the slightest sleep disturbances, and they usually end up waking up feeling exhausted.

This contributes to the fatigue that people with Fibromyalgia experience.

The different kinds of symptoms that come with Fibromyalgia can really affect a person’s mental state and this can lead to depression and lack of concentration.

Most patients find it hard to move certain parts of their body when they wake up in the morning. Morning stiffness causes the muscles and joints in the body to stiffen for brief periods.

The many symptoms of fibromyalgia vary from patient to patient, so some patients may experience some other symptoms that are not listed here. 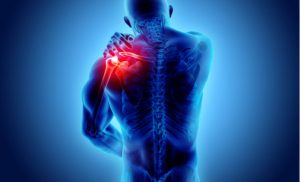 This is one type of pain that most people with fibromyalgia usually experience. Most patients who experience this kind of pain feel flu-like symptoms or experience hurt all over their entire body.

Fibromyalgia causes persistent pain all over the muscles and tissues. The feeling can be deep, tender, stiff or light and it spreads all through the parts of the body – including the arms, legs, neck and shoulders.

Many patients have also reported experiencing forms of pain that felt like that of a heart attack in the region of their breastbone and rib cage.

This is another common symptom that is commonly reported in people with fibromyalgia. This is often caused by tense and painful muscles that limit the body movement, which then eventually causes stiffness.

Neuropathic pain can bring about strange nerve symptoms such as crawling, tingling, itching, burning or numbness in the arms and legs. They can be very painful in some situations and mild in some.

Hyperalgesia is a medical term that is used to describe the increase in the sense of pain that people with Fibromyalgia generally feel. The increase in pain is due to the fact that the regions in the brain that control pain reacts differently in people with fibromyalgia.

A recent study that was conducted by researchers compared the results gotten from the electrical activity that occurred when needles attached to monitors were inserted into the arms of 21 women who had fibromyalgia, 25 women with chronic fatigue syndrome, and 21 healthy women. They discovered that the tissues that surrounded the muscles in women with Fibromyalgia overreacted to very slight touches. According to the researchers, this is most likely due to the fact that the central nervous system of women who had Fibromyalgia were sending continuous signals to the brain and that caused their tissues to remain on high alert.

People with Fibromyalgia have a very high risk of being diagnosed with irritable bowel syndrome (IBS). IBS is a digestive disorder that usually causes things like cramps, belly pain, nausea, etc.

Asides from abdominal pain, the level of pain in the pelvic joints can also increase and this may lead to incessant urination.

Tension and migraine headaches are also common symptoms. Tension headaches can cause a dull, tightening pressure sensation around the head. The frequent headaches can make it a bit difficult to fall asleep and can also cause an increase in mental anxiety.

Allodynia is a skin condition that causes an increase in the sensitivity of skin cells. Patients with this kind of pain feel extreme pain from even the slightest of touches. This occurs because the brain, nerves, and spinal cord overreact to pain sensations.

Allodynia is a very rare type of pain that is mostly found in fibromyalgia patients.

The Temporomandibular joint (TMJ) connects the jaw to the skull on both sides of the face. TMJ pain can be described as a dull, persistent ache that affects the ear, eyes, lower jaw, or neck.

TMJ pain is sometimes treated using anti-inflammatory drugs or drugs that help with relaxing the muscles.

A Fibromyalgia attack may include everyday symptoms but with greater intensity. Sudden attacks can aggravate fibromyalgia symptoms to extreme proportions.

Where Do You Hurt With Fibromyalgia?

People with fibromyalgia feel pain in most of their body parts, but regions around the neck, shoulders, arms, and chest are more prone to experiencing more pain. This can cause severe body aches, including painful tender points, chronic headaches and muscle tension.

Fibromyalgia is a chronic condition, but it can be treated through a combination of medication and alternative therapies. The goal of the treatment is to help relieve pain and improve the general health of Fibromyalgia patients. There are quite a few FDA-approved drugs that help provide pain relief. Combining these medications and physical therapy can really help ease pain symptoms.

This method of combining treatment can also be used to tackle other symptoms of Fibromyalgia.