The Surprising Link Between Irritable Bowel Syndrome And Anxiety And Depression 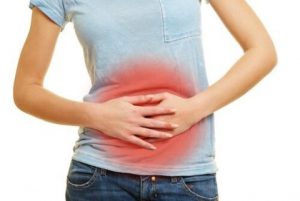 According to research studies, anywhere from 50 to 90 percent of people diagnosed with IBS to also have psychiatric disorders.1 The most common disorders seen in patients with irritable bowel syndrome are anxiety-related conditions and depression.

Medical experts have several theories about the connection between irritable bowel syndrome and depression and anxiety. Scientists from the Mayo Clinic suggest that a common genetic link between IBS and mental illness may be present in some people.2 The researchers believe that there is a common gene that can manifest itself as mental illness or IBS.

Another theory is that people with anxiety might be more aware of spasms in the colon that are associated with IBS.3

Irritable bowel syndrome is often triggered by the immune system. Stress has been found to affect the immune system significantly. So, some medical specialists believe that people who are under a lot of pressure or anxiety might be apt to develop IBS symptoms because of the stress/immune system link.4

There might also be a standard connection between IBS, depression and gut microbiota. Healthy gut microbiota is essential to health. It plays a significant role in a robust immune system and communication between the stomach and the brain.5

Scientists believe that gut microbiota could initiate or contribute to the persistence of mental health symptoms.

While there has not been a specific cause of the IBS/mental health link, treating the IBS might help relieve symptoms of depression or anxiety, as well. One study, published in the Journal of Gastroenterology found that taking a probiotic supplement can relieve both conditions.

For the study, scientists recruited 44 adults with irritable bowel syndrome who also experienced mild or moderate depression or anxiety. Half of the subjects took a placebo, and half received a probiotic. Sixty-four percent of the participants who took the IBS probiotic were found to have decreased depression scores. Only 32 percent of the control group had improvements in depression. Participants that received the probiotic also had decreases and IBS symptoms as well.7

It is evident based on the research that establishing a healthy ratio of gut microbiome can reduce the symptoms of IBS and it might help relieve some symptoms of depression and anxiety, as well.

Supplements like the Restore 3 program that help relieve IBS symptoms might also have a positive benefit on mental health.