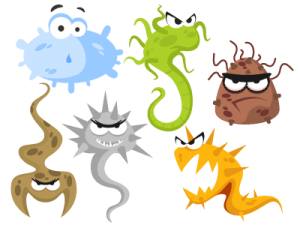 Understanding Candida die off will involve knowing a bit about the signs and symptoms that could be present should the Candida microorganisms in the gastrointestinal tract begin to waste away and then die.

It is sometimes known as Herxheimer Reaction, and it can occur when the excess Candida yeast in the G.I. tract start to die usually as a result of a Candida treatment program.

When die off happens, natural toxins from the Candida yeasts have to be processed by the body. These toxins, which are produced at a rate that the body sometimes cannot adequately dispose of its own, might lead to certain mild to severe symptoms.

Though they are general in nature, they could include headache, occasional blurry vision within a person’s field of view and depression (ranging from mild to severe).

Another Candida die off symptom that people often complain of is brain fog but there are a whole host of other symptoms that can surface.

What can be strange is that the Candida die off effects may be completely nonexistent or very severe, depending on the person who’s affected by the Candida yeast die off. It almost entirely depends upon the ability of each person to deal with the effects of the toxins that are released when the Candida begin to die. It’s generally assumed that such a die off results from one of two conditions.

What causes Candida Die Off? 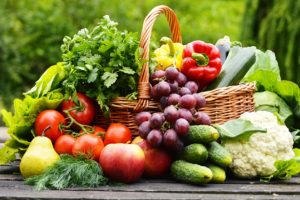 The first condition is usually sudden, healthful dietary changes. These dietary changes have an almost immediate impact on the Candida microorganisms that reside in most human gastrointestinal tracts.

It is also the case that prescription antifungal treatments may sometimes lead to a Candida yeast die off. As a result, large amounts of toxins end up flooding the bodies natural detox channels.

Because these symptoms are so nonspecific in nature, many medical professionals sometimes fail to properly diagnose a person experiencing a Candida die off symptom.

This might be due to the lack of severity of the symptoms in most people or it just may be that most traditional medical practitioners are not yet fully aware of how Candida operates within the body.

Perhaps the most confusing thing about experiencing die off symptoms of Candida is that it is the result of something that should actually be considered a good thing: Your dietary changes are working. It’s ironic that when people finally decide to stop eating junk food, which they may have been doing for many years, and start introducing a Candida diet program, this often will cause their Candida to die off symptoms to occur.

Those healthy dietary changes have effectively starved off the Candida organisms that were living off all that bad food in the G.I. Tract for so many years. The waste products or toxins that result, and which cause nausea, headaches or other signs and symptoms, are an unfortunate side effect and many people aren’t prepared to deal with such occurrences.

The major effects of a Candida die off, which can only occur when the gastrointestinal tract has a Candida overgrowth occurring within it, only lasts for a short time 2-5 days at most and is a true sign of progress.

Naturally, some people may feel poorly for very short amount of time, just as when they also are taking prescription antifungal medicines. However, just knowing ahead of time about die off can go a long way towards a smooth Candida treatment program.