What is a Systemic Candida Infection? 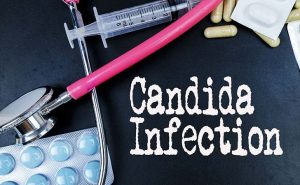 A systemic Candida infection can be a potentially serious issue, but if treated properly can be managed through the timely application of medication and proper diet. Though not normally life-threatening, it should be treated with the seriousness it deserves.

In other instances, systemic Candida overgrowth will result in what is known as Candidemia. This medical condition is more commonly known as invasive Candidiasis which is the presence of yeasts or fungi in the bloodstream. Upon physical examination the patient will most often reveal a history of several days of fever that is strangely resistant to most broad spectrum antibiotics.

The way Candida can go systemic within the body is mainly by it growing long roots within the digestive tract and actually penetrating the lining of the small or large intestine. Once these roots penetrate the intestinal lining, the organism has access to the bloodstream, enabling it to travel systemically throughout the body.

While there is no single systemic Candida cure, today’s modern medical therapies can generally deal with the issue and return a patient to eventual good health when applied quickly and with a concerted effort on the part of the medical team treating the patient who suffers from systemic Candida infection. In its most serious form, such an infection, although highly rare, could lead to septic shock.

The above should be considered a medical emergency and all curative or supportive measures should be applied with as much vigor as possible. As the word says, “systemic” means exactly what it sounds like; Candida will have gotten loose from the gastrointestinal tract where it normally resides and invaded or infected more than a few of the bodies organs or systems.

Many people do not know that there are more than 200 Candida species which exist in nature. Fortunately, for all of us there are only a very few of these species which have been tied to any disease in humans. As was said the most common species of Candida organism is Candida albicans. It is responsible for 50 to 60% of illnesses in humans have been ascribed to Candida infection. The albicans organism is a hardy species, and it isn’t uncommon for it to make its way into many organs or bodily systems with relative ease.

Sometimes traditionally known as systemic Candida yeast, this form of Candida infection will most often affect a woman’s vaginal area. If the Candida organism can make a breakout from this area it is possible that it could infect the organs in the abdominal cavity, which could lead to Candida peritonitis. Most people suffering from this illness will complain of fever and abdominal pain.

How to Control Systemic Candida 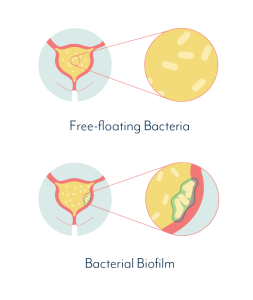 Systemic Candida infections might be more widespread than has been assumed, and it’s thought that many people have this condition without even knowing it. What’s known about Candida is that it can be controlled or eliminated from the gastrointestinal tract by good diet and the introduction of Lactobacilli probiotics which help to control the growth or creation of the Candida organism.

Never underestimate the potential for illness that the Candida organism can cause. Take a bit of time to learn something about Candida so that a small problem doesn’t turn into a much bigger issue. It is a very resilient organism that must be taken seriously if an infection is suspected.

It has been shown that Candida can form biofilms to protect itself. Treatments can be ineffective or short-lived if these biofilms aren’t broken down in order for the Candida to lose its strength. This is a great protocol to break down this biofilm and effectively get rid of Candida, for good: Biofilm Protocol.