“Do Candida probiotics really work?” will often present itself whenever somebody is concerned about contracting an illness or infection revolving around the Candida albicans or Candida monilia fungus. Candida probiotics is a field ripe for exploration, and there have been some very impressive discoveries with probiotics in the last 10 years.

Is it really the case that probiotics kill Candida? The short answer is yes, but this question is best answered by understanding how probiotics can work when they are making their way through a persons gastrointestinal system. It is helpful to understand that the Candida organism inhabits, as a natural occurring flora, within the intestinal tract of both men and women.

How are probiotics for Candida used, then? For the most part they’re a form of bacillus. The most commonly used form of bacillus as a probiotic is what biologists call lactobacillus. The plural for such a word is “lactobacilli.” These organisms are very much present in the gastrointestinal tract of most humans. The active bacillus found in yogurt, acidophilus, is believed to play a part in the longevity of some European peoples. 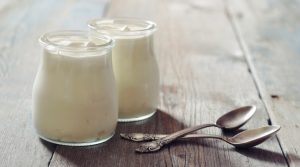 What then, is the best probiotic for Candida? Coincidentally, lactobacillus acidophilus seems to work best against Candida, and there have been at least three well researched studies in humans that have proven this. It is the case today, for those suffering from constipation or diarrhea, that many doctors will advise them to drink acidophilus milk or yogurt due to the presence of the beneficial probiotic.

Can probiotics kill Candida, then? Research suggests yes, because it has shown that lactobacilli and bifidobacteria have the capacity to inhibit the Candida organism from quickly repopulating out of control. As always with humans, individual variation within a species plays a part in whether or not probiotics for Candida can have a concerted effect against Candida albicans or Candida monilia fungal infections. What is for certain is that the use of Candida probiotics as a possible firewall against Candida infections shows great promise.

Within the lactobacillus or lactobacilli realm, it has been determined by those studying such organisms that many have different characteristics when it comes to their effectiveness against Candida. Therefore it is important that the correct strain of probiotic be used.

For instance, a woman interested in preventing the occurrence of a yeast infection might be advised by a homeopathic specialist to take one form of lactobacilli probiotic over another. Research shows that each strain of probiotic can have a different effect on the Candida organism.

What is for certain is that probiotic Candida research is ongoing and has the promise of one day being a preventative measure in the matter of eliminating the possibility of Candida infections if the right bacilli probiotic combination is identified and put into use. To be sure, Candida probiotics are not a form of medication, but are thought to aid the body in controlling the Candida albicans organism within the G.I. tract.

Rather, probiotics for Candida have the best chance working effectively when they are part of a healthy diet and in people who have a high awareness of what Candida is and what it isn’t. One can gain the most benefit by using Candida probiotics along with a proven system for eliminating Candida infection which includes the major steps outlined in the Restore 3 protocol.

Do NOT follow this link or you will be banned from the site!
Congratulations! Here is your download.