Fibromyalgia is a condition that is characterized by widespread pain in the muscles and bones of the sufferer. As a result, the individual with this disorder suffers from fatigue, sleep, cognitive, and mood problems. The specific cause of fibromyalgia syndrome in some people is unknown. However, several elements are likely to be triggers for the condition.

In this article, we will outline the possible root causes of fibromyalgia in individuals suffering from the condition.

The Root Cause of Fibromyalgia 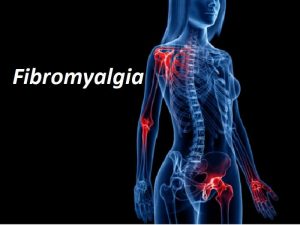 Fibromyalgia might develop without any clear reason in certain circumstances. However, Symptoms of fibromyalgia usually appear after a traumatic event, such as surgery, illness, or considerable psychological stress. In other situations, fibromyalgia symptoms develop over time without an obvious inciting incident.

Women are more prone than males to getting fibromyalgia. Temporomandibular joint (TMJ) issues, migraine headaches, irritable bowel syndrome, anxiety, severe pain, and depression are common symptoms of fibromyalgia. Below are four of the most prominent causes of fibromyalgia:

One of the most popular explanations is that persons with fibromyalgia have acquired alterations in how the central nervous system interprets pain signals sent throughout the body. This might be the outcome of alterations in the neurological system’s molecules.

The central nervous system (brain, spinal cord, and nerves) uses a network of specialized cells to convey information throughout the body. Changes in how this system functions might explain why fibromyalgia causes chronic pain and heightened sensitivity to it.

According to research, people with fibromyalgia have unusually low amounts of serotonin, noradrenaline, and dopamine in their brains, according to research. Low levels of these hormones may have a role in the development of fibromyalgia, as they regulate things like mood, sleep, appetite, behavior, and even the way you respond to stressful situations.

These hormones are also involved in the processing of pain signals sent by nerves. Medication that raises hormone levels can cause these signals to be disrupted. Changes in the amounts of other hormones, including cortisol, which is generated when the body is stressed, may also have a role in fibromyalgia, which may lead to severe conditions like rheumatoid arthritis.

Disrupted sleep patterns might be more than simply a symptom of fibromyalgia. Fibromyalgia might prevent you from sleeping well and leave you exhausted (fatigue). People with fibromyalgia who sleep poorly have increased pain levels, suggesting that sleep issues link to the other symptoms of the disease.

According to research, genetics may have a minor role in how fibromyalgia develops, with some people being more prone to acquire the disorder than others due to their genes. If this case proves to be true, genetics may help to explain why so many people acquire fibromyalgia following a trigger.

Other Causes Of Fibromyalgia

Many studies believe that fibromyalgia patients’ brains and spinal cords alter as a result of frequent nerve stimulation. This shift is caused by an abnormal rise in the amounts of pain-signalling molecules in the brain. Furthermore, pain receptors in the brain appear to establish a kind of memory of the pain and tend to become hypersensitive, meaning they might respond to both painful and nonpainful signals.

Here are other things that can trigger fibromyalgia:

Individuals with RA, lupus, or ankylosing spondylitis (a kind of spine arthritis) are more likely to develop fibromyalgia, as are those with other rheumatic diseases.

Can You Suddenly Develop Fibromyalgia?

Usually, the first signs of fibromyalgia vary from one patient to another. However, early warning signals include discomfort that lasts at least three months. 18 particular locations on the body, including the sides of the neck and the inner section of the knees, are frequently the source of pain. 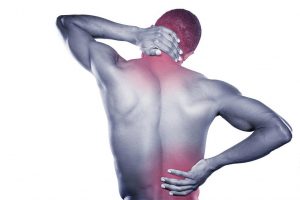 You may become hypersensitive to changes in temperature or odors in the surroundings. Some people experience numbness or a shivering sensation. Other symptoms may emerge as time passes. Headaches, joint discomfort, muscular soreness, and cognitive issues, trouble with concentrating (also known as fibro fog), mood disorders are all symptoms of temporomandibular joint syndrome. Digestive disorders and sleep issues affect a large number of individuals.

Does Fibromyalgia Ever Go Away?

We can’t say for sure. Fibromyalgia is a chronic illness that can last a lifetime. However, Fibromyalgia is not a progressive condition, which means it will not become worse with time. It also has no negative effects on the joints, muscles, or internal organs.

Do People with fibromyalgia Live Shorter?

Furthermore, there are medicines available to treat fibromyalgia. People with fibromyalgia react to therapy better than others, and not everyone has the same number of symptoms or severity. This means that your fibromyalgia diagnosis will most likely differ from someone else’s. Most persons with fibromyalgia, on the other hand, are able to adjust to their disease and have a normal quality of life like everyone else.

Fibromyalgia isn’t a disease that gets worse over time. Also, fibromyalgia does not affect life expectancy because it does not deteriorate with age or cause any damage to internal organs or joints.

What Type of Exercise Is Best For Fibromyalgia?

Exercise provides the same health advantages for those with fibromyalgia as it does for everyone else — plus more. Regular exercise boosts energy levels and relieves pain. But be careful not to work yourself too much to avoid chronic fatigue syndrome.

Doing aerobic exercise is one of the most effective approaches to managing your fibromyalgia. An aerobic workout involves repeatedly using your major muscles for a defined amount of time. Walking is the simplest and requires no extra equipment other than a decent pair of shoes. Swimming is also another viable alternative.

Other Exercise Modifications You Can Try

Strength training can help you manage the pain. It’s not necessary to raise a hefty barbell. It’s the range of motion you put your muscles through that counts. You can also try doing isometric chest presses and isometric shoulder extension exercises.