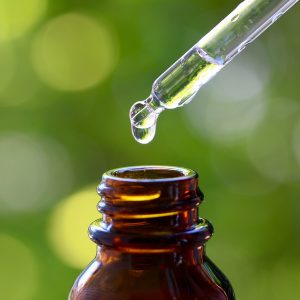 Two popular and natural means to rid the body of Candida infections are to change the body’s PH through diet, or to treat the affected area either topically or internally, using a colloidal silver Candida treatment.

Prescription antibiotics used to fight infections kill all bacteria indiscriminately, including the friendly bacteria that keep fungi such as Candida in check.

Candidiasis is an over abundance of naturally occurring yeast that grows into a fungal infection when an environment is created that allows the yeast to bloom. Friendly aerobic bacteria present in the body generally act to control the level of this yeast.

Acidophilus is a common example that may become lacking due to dietary restrictions. Diabetics are particularly afflicted as their above normal sugar levels can provide an over abundant food source for the yeast.

Untreated, internal Candida in the intestinal tract can build up to levels that eventually enter and invade the blood stream to become leaky gut syndrome.

The yeast can grow long roots into the lining of the intestinal wall, allowing access to the bloodstream. This can often lead to a compromised immune system that provokes other illnesses.

Recommended applications are two to three times per day until the symptoms subside. Internally, Colloidal silver dosage should be small at first, about 1 tablespoon a couple of times per day.

It should be noted that when a person begins treating Candida internally, the release of toxic waste by the abundant dying fungus can cause a person to feel initially worse. This is referred to as Candida die off.

For this reason it is suggested to begin treating the internal infection gradually at first, with small amounts of colloidal silver, in order to keep the waste substances to a level that is manageable for the body to expel.

People who use colloidal silver  topically usually report that it will cure athlete’s foot, vaginal infections, and skin fungal infections. However, if these Candida symptoms reoccur, it can be a sign of an internal infection.

The most effective kind of colloidal silver out there is generally copper in color, and doesn’t require special, light proof bottling.

Both are effective. However, it’s ideal to find the true colloidal silver.

Colloidal silver is not approved by the FDA. When taken internally, the most well known side effect is argyria, the bluish gray tinting through depositing of sliver salts in the skin, eyes, and internal organs, which can occur in less than a year with frequent use.

However, the study was paid for by pharmaceutical interests and the type of silver this individual ingested was a homemade silver chloride (a silver component not associated with colloidal silver), with salt added to the brew.

He then applied this brew topically before sitting in a tanning bed to “fix” the silver into his skin.

There is a great deal of misinformation caused by the media these days and one need only investigate a little bit to uncover the truth.

If a person is wary of prescription pharmaceuticals, colloidal silver can be a worthwhile and more natural alternative for common cases of Candida such as Candida thrush of the mouth, jock itch or yeast infections.

For those concerned about the side effects of colloidal silver, it’s recommended as a topical treatment, rinse or mouth wash. Colloidal silver naturally leaves the body via the urine so that there is no buildup in the body.

It is one of the oldest forms of medicine that our civilization has used to treat a myriad of health issues.

In order to make the most of using colloidal silver, it’s best to follow a diet and supplement protocol. Restore 3 is an easy to follow protocol that includes enzymes and probiotics for an effective method of treating candida.

Do NOT follow this link or you will be banned from the site!
Congratulations! Here is your download.