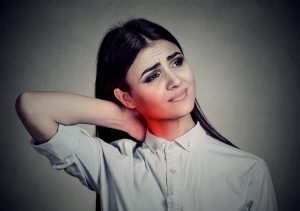 Fibromyalgia is an illness that can last for a lifetime. However, fibromyalgia is not progressive, so it will not worsen with time. It also has no negative effects on your joints, muscles, or organs. Treatment for fibromyalgia can help alleviate symptoms.

You are familiar with how fibromyalgia feels if you suffer from severe sensitive spots, intense muscular pain, persistent headaches, never-ending back pain, or neck discomfort. Those with fibromyalgia experience pain in ways that no one else can truly comprehend.

Persistent bones and muscle discomfort characterize fibromyalgia. Excessive tiredness and memory issues are other symptoms. There is no known cause or treatment. However, when most individuals try to control stress, improve sleep, exercise, and eat healthier, they see changes.

A home routine schedule can be developed by a physical therapist, such as getting involved in Aerobic exercise, which is one of the most effective strategies to alleviate the pains associated with fibromyalgia. This type of workout involves repeatedly using your major muscles for a specific time. Taking a walk is the simplest and requires no extra equipment other than a decent pair of shoes. Swimming and cycling are other viable possibilities.

The key is discovering something you enjoy doing for 30 minutes a day, five days a week. Do it if you have to start with 10 minutes and work your way up.

What is the root cause of fibromyalgia?

Although there is no known cause, several variables such as stress and heredity may predispose someone to fibromyalgia.

Symptoms may be triggered by certain situations or events, such as:

Can you reverse fibromyalgia?

The capability to work or carry out everyday tasks may be hampered by the pain, excessive fatigue, and lack of sleep that fibromyalgia produces.

With the help of a doctor, friends, and family, a person with fibromyalgia may live a normal and active life. Physicians provide a variety of treatments and treatment choices, including preventative medication to alleviate the discomfort caused by fibromyalgia.

There is no cure for fibromyalgia presently, but treatment programs that combine drugs with physical and mental treatments can help individuals manage their illness in the long run.

Making dietary modifications may also alleviate some of your symptoms. For example, aim for a well-balanced diet high in fruits and vegetables, and pay attention to which dishes tend to worsen your symptoms.

How serious is fibromyalgia?

Fibromyalgia causes severe pain, which can, in turn, lead to disability for the patient. A huge percentage of adults in the United States who suffer from the illness tend to have a lower quality of life. They also suffer from complications, getting more appointments with the Doctor than someone without fibromyalgia.

While fibromyalgia does not harm joints or organs, many who suffer from it report significant symptoms in their neck, shoulders, back, chest, hips, buttocks, arms, and legs.

Fibromyalgia, according to researchers, increases painful feelings by altering how your brain and spinal cord receive painful and non painful impulses.

Leaving fibromyalgia untreated can result in high risk. a major risk, if left untreated, could increase chronic symptoms such as chronic pain, tiredness, headaches, and depression

There are flare-ups followed by periods with little or no symptoms. Fibromyalgia is not fatal and does not affect life expectancy. However, fibromyalgia effects include a higher suicide and injury fatality rate.

What is the newest treatment for fibromyalgia?

Pregabalin and duloxetine are the two medications now authorized by the US Food and Drug Administration (FDA) to treat fibromyalgia. In addition, according to the National Institute of Arthritis and Musculoskeletal and Skin Diseases, Milnacipran, a dual norepinephrine and serotonin reuptake inhibitor, appears to be promising for treating fibromyalgia. 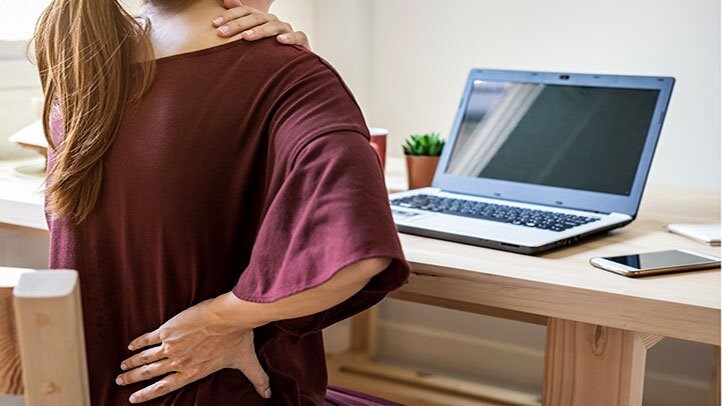 For alternative treatments, Acetaminophen (Tylenol, among others), ibuprofen (Advil, Motrin IB, among others), or naproxen sodium (Aleve, among others) are over-the-counter pain relievers that may be helpful to relieve pain and manage fibromyalgia symptoms.

In addition to pain relief, exercise provides numerous other benefits for persons with fibromyalgia

Can fibromyalgia turn into MS?

According to researchers, fibromyalgia was more than three times as likely in those who later had MS.

Individuals with fibromyalgia may experience some – if not all of these symptoms;

What are usually the first signs of fibromyalgia?

Many fibromyalgia patients experience how the brain processes pain signals with a scorching pain or pins-and-needles sensation akin to the sensation of blood rushing back into your tired foot. Others report feeling like a meat tenderizer has beaten them all over their bodies. Some people experience electric zings as well.

How can I test myself for fibromyalgia?

Certain factors must normally be satisfied to diagnose fibromyalgia. The most commonly used diagnostic criteria are: you experience severe pain in three to six locations of your body or have lesser pain in seven or more different areas. Secondly, your symptoms have remained the same for at least three months, along with other symptoms such as exhaustion, memory and concentration difficulties, lack of sleep, symptoms of depression and irritability syndrome.

A physical exam or physical therapy (alternative therapies), and some blood work can help your Doctor determine the cause of your fibromyalgia and create an effective fibromyalgia treatment plan.

Can someone with fibromyalgia get the Covid vaccine?

COVID-19 vaccinations are both safe and beneficial for persons who have fibromyalgia. Getting vaccinated and remaining up to date on booster injections is the greatest method for people with fibromyalgia to protect themselves.

Is fibromyalgia caused by stress?

Emotional stress may alter your experience of pain, which may explain why people with fibromyalgia pain are more prone to stress than others. When you are weak, you are more sensitive to fibromyalgia symptoms such as widespread pain, exhaustion, and depression. Many studies think removing specific stressful triggers will reduce fibromyalgia symptoms.

Fibromyalgia is frequently precipitated by a stressful event, such as physical or mental (psychological) stress. Although the exact etiology and pathophysiology of FM are uncertain, stress has been believed to play a role in the illness.

Is fibromyalgia autoimmune or neurological?

Fibromyalgia is a neurological condition caused by the central nervous system; as such, it is not an autoimmune disease. However, according to reliable studies, this disorder weakens your immune system by creating different abnormalities and irregularities.

What are the 10 causes of fibromyalgia?

Below are likely causes of fibromyalgia